This is always a sad time of year for me – the lack of sun, the sudden cold, rainy days, and the mess of holidays that interfere with my regular routine cause my energy level and motivation to do anything to drastically drop. I don’t have SAD (Seasonal Affective Disorder); I have chronic depression that sometimes turns into a major depressive episode, and sometimes my cold, dark surroundings can worsen the symptoms that I normally have under control.

It is easy to fall into destructive behavior this time of year: procrastination, aggression, heavy drinking and heavy eating (leading to weight gain and inevitable anxiety over my changing body), and generally being unproductive. I don’t watch a lot of TV, but when I do it’s during this time of year because it’s hard to get myself to do anything else.

Here enters Mecha Depression Fest 2K17: a three-day long binge fest of heart-wrenching mecha anime. I gave myself a low-pressure weekend where I could relax and let myself cry as much as I needed to (which was a lot). Many of these shows and movies I have already watched (and cried over), but a few of them were new to me. Here’s an overview of what I watched and what I thought! 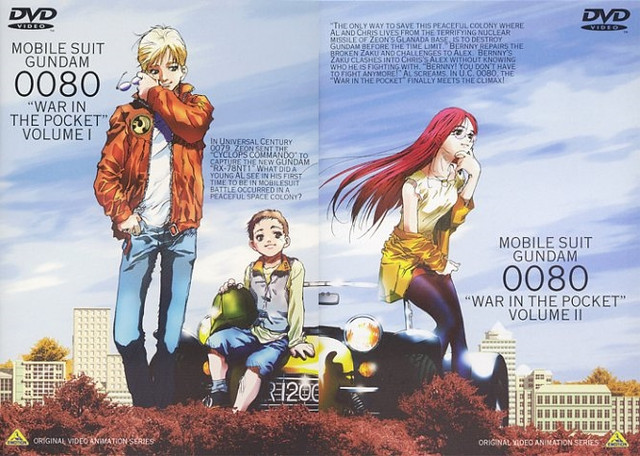 The only Gundam show on the list, I opened my festivities with a classic heart-breaker. 0080 is one of my favorite OVA series and is in my top three favorite Gundam shows. It is set right at the end of the One Year War and follows and young boy named Al who befriends a teenage enemy soldier named Bernie who is on an ill-fated undercover mission.

It is one of very few Universal Century stories that features a Zeon soldier as the main character; my love of Zeon and their suits may attribute to my affection for it. But what makes 0080 so special is that it takes such a small, intimate story and turns it into a completely devastating tragedy. I always appreciate when mecha anime take the time to show the collateral damage of war; this seems to mainly only occur in the most depressing shows, though.

I rate it 10 Hamburgers out of 10. (Note: It wasn’t until this rewatch that I realized how many times they eat hamburgers in the series…which made me cry more.)

I watched all of Ideon in the past, as well as Be Invoked, the finale movie that was made after the original anime was cancelled. To keep it brief, Ideon is about a mecha with the power to destroy the Universe, that gathers more strength as the two warring factions in the series cause more and more bloodshed. I watched it during a dark time in my life, which probably wasn’t the best idea, but whatever. I wondered recently if I was exaggerating how depressing Ideon really is by connecting it to what I was going through when I first watched it. But then I re-watched Be Invoked this weekend and realized that no, I was right and yes, it is depressing as hell.

It was also better written than I remembered. My biggest complaint about the series was that the pacing was inconsistent and dragged way too often. It made it hard to care about certain deaths. I now understand why some of the pacing issues happened (which range from the pending cancellation to creator Yoshiyuki Tomino allegedly disappearing on week, leading the production crew to have to create a filler episode), but it keeps me from wanting to watch the whole series again.

However, I knew that Ideon was a necessary component to any Mecha Depression Fest, so I re-watched Be Invoked and ended up being very impressed. Like 0080, it shows a lot of the collateral damage, as well as things that keep me up at night (read: a child’s head getting blown off). The pacing in the movie was significantly better and did an excellent job at tying up all of the loose ends in the series…which is honestly pretty easy I guess, when your story ends with the Universe hitting the reset button.

I rate it 1 Whole Universe of Deaths out of 10, would watch and cry again. 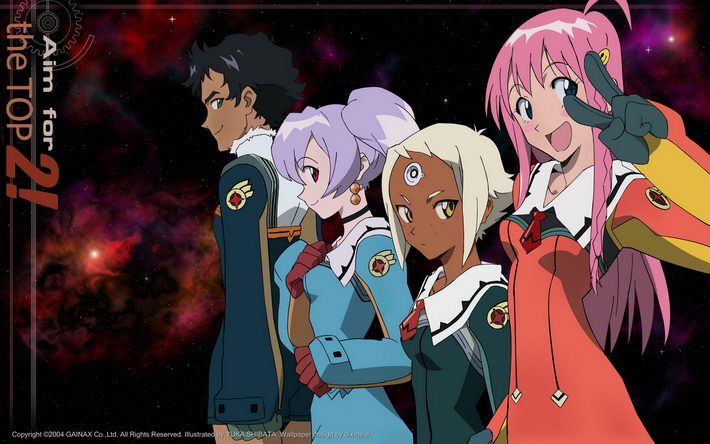 Much like Ideon, I consider Gunbuster a must-watch for any fan of depressing mecha. However, I re-watched that classic OVA quite recently and wanted to try something a bit different. I decided to watch the sequel to Gunbuster for the first time instead and was not disappointed.

Diebuster was created to celebrate the 20th anniversary of Gainax, and no expense was spared on the production of this project. It is full of gorgeous animation and great character and mech designs. To save myself time, I chose to watch the 2006 movie version, but enjoyed it so much that I plan on watching the whole OVA in the near future. It is set 12,000 years after the original Gunbuster, and the Earth is still fighting off giant space monsters.

I feel like the movie skips over a lot of the relationship development between Lal’C and Nono, as well as the development of characters like Nicola. But the final 20 minutes of the film still pack a huge emotional punch and left me in tears.

Voices of a Distant Star

Another movie I’ve never watched, I added Voices of a Distant Star to my list after reading many suggestions for it online. The 25-minute length sealed the deal, but left me wondering how such a short film could leave such a big impact on viewers. It is about Mikako, a teenage girl who has been recruited by the UN Space Army as a mecha pilot, and her childhood friend Noboru, who waits at home for her emails.

I must admit, I was slightly disappointed. I think that Gunbuster does a much better job at showing the loneliness that time dilation and lack of communication can cause.  There simply wasn’t enough time devoted to the two main characters’ relationship. It was hard to understand why Noboru felt so attached to Mikako.

My other gripe is the inconsistent animation: given that it was created in 2002, the clunky CGI of the mecha (which appear uninspired in design) are forgivable. However, the human character designs are hideous. They look like characters from an old Christopher Hart How to Draw Manga book. The character designs look even worse against the scenery, which is realistically detailed and painted in vibrant color. Such great care was put into the scenery – why wasn’t any put into the characters?

That said, it was mostly successful in quickly telling a very sweet story. I think that I will give the manga a chance; this is one of those tales that I think may work better in written format.

This was also my first time watching Bokurano, and holy crap do I regret not watching it sooner…even if it did give me some depressing dreams. Bokurano is about 15 (well, 14) preteens who are tricked into signing a contract to fight 15 monsters in a giant robot. Who fights next is chosen at random, but all of their fates are sealed: if a pilot wins their battle, they immediately die. If they don’t die, then the entire world is destroyed.

It is basically the Madoka Magica of mecha, and even includes a fucked-up mascot like Kyubey. It is the longest mecha on this list, clocking in at 24 episodes.  I binged 8 episodes in a row, which probably wasn’t the best choice for my psyche. Those episodes got me hooked, though. It shares a similar level of despair with Ideon, but hits closer to home. There are lots of deaths in both, but Bokurano combines thousands of senseless deaths with  handful of very significant sacrificial ones.