I hit my annual reading goal of 100 books early this year (thanks in part to reading many great graphic novels, some of which are included in the honorable mention section of this post), so I decided to make two “Favorite Books Read in 2019” lists. The second one will, of course, be posted at the end of the year!

Having gone through my reading list, I found that it was largely dominated by short story collections and graphic novels. The amount of poetry I read was surprisingly low, as was the nonfiction. Also, there were many books published by my new employer this year that I read and really loved, but I chose to not include them.

That said, here’s some of my favorites, separated by genre!

A group of girls who just graduated high school try to navigate their futures when there may be no future for anyone, thanks to a massive UFO that has been floating over Tokyo for the past three years. Sometimes the characters act like nothing has changed, but ultimately they can never deny the permanent impact that this alien visit had and will continue to have on their world.

Inio Asano is excellent at creating existential slice-of-life stories, his most famous probably being Goodnight Punpun. This series covers everything from privatization of the military to immigrant rights to first loves. Dead Dead Demon was nominated for an Eisner this year and it was well-warranted, because this is one of the most creative, stunning, funny, and absolutely depressing manga I’ve read in a long time.

Written by Scott Pilgrim creator Bryan Lee O’Malley and beautifully illustrated by Leslie Hung, Snotgirl is a psychological thriller/horror wrapped in a romantic dramedy wrapped in a lot of pop culture cheese. Protagonist Lottie Person is a rather obnoxious social media influencer whose only friends are other influencers, with whom she has pretty superficial connections. One day she meets Caroline, an effortlessly cool girl, and they have an immediate, real bond…but then people start dying around them.

The first volume of Snotgirl was very bizarre and I still don’t totally understand the tone that O’Malley is going for. However, in the second volume, most of the characters become much more interesting and the turns that the story is taking are getting stranger and stranger. I’m a fan of strange and of strong personalities, and Snotgirl is full of these.

Probably the most out-of-place title on this list, Sadie is a YA crime novel about a teenage girl on the hunt for the man who murdered her little sister. The chapters alternate between Sadie’s perspective and that of a true crime podcast host, who is following her trail.

This is one of the few titles I’ve read in audio book format this year, and it was by far the best. The podcast angle lends itself perfectly to audio format, and the casting and voice acting are of high quality. Sadie has a speech impediment, and the audio book does amazing work showing both her frustration and the rudeness of the people she deals with.

The story is incredibly dark and often extremely frustrating. If you are sensitive to topics including child abuse and sexual assault, this book may be one to avoid.

Among my favorites is the gas lighting-fueled “The Woman Next Door,” about a new neighbor that borrows a house wife’s spatula (and more) and the trippy “Flag,” an open-ended story largely told through a diary found by a repairman after a power outage.

This novel-memoir is a creative blend of true stories from Juliet Escoria’s teenage years and fictionalized bits that result in a compelling narrative. Juliet the Maniac covers the protagonist/author’s experiences with mental illness and drug use, which culminates in her being sent to a special boarding school, which has its fair share of problems.

One of the coolest things about Juliet the Maniac is the collection of artifacts included throughout: everything from patient logs to diary entries, which flesh out an already vivid and often painful book. This is probably my absolute favorite read of 2019 so far because of how Escoria experiments with storytelling and how straightforward she is when discussing the uncomfortable. 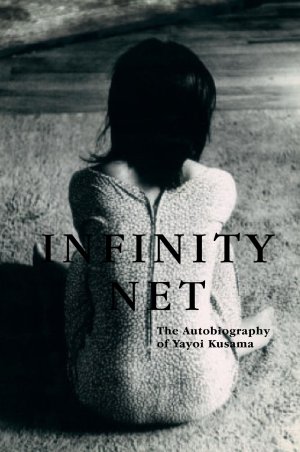 I haven’t read many autobiographies, largely because there aren’t many public figures whose lives I’m that intensely interested in. I ordered Infinity Net from my library after reading this book, which made me curious about Kusama’s life and her inspirations. I was enthralled with her autobiography, which covers her youth in postwar Japan, her move to (and struggles in) New York City, her return to Japan, and her current life as a voluntary resident of a psychiatric hospital.

Kusama vividly describes her obsessive thoughts, her positive and negative experiences in the US and Japan, and her relationships with other famous artists and the art scene, which shift dramatically throughout her long career. This is a wonderful and memorable book. 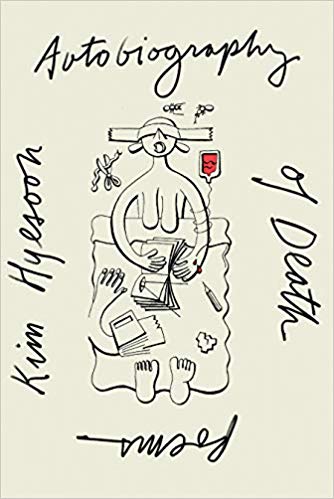 The recent winner of the International Griffin Poetry Prize, Autobiography of Death primarily consists of 49 poems that each represent a day in the death cycle to reincarnation. Kim Hyesoon cites as the inspiration for this collection the 2014 sinking of the MV Sewol, in which 250 students died after being told by the crew to remain on the boat, only for the crew to then escape without them.

This was a hard read: sometimes convoluted but also sometimes very blunt, sad, absurd, and obsessive. Hyesoon creates countless memorable and novel images of death and what it is, which is inevitable.