Some Great Binge Watches from Gainax and Studio Trigger 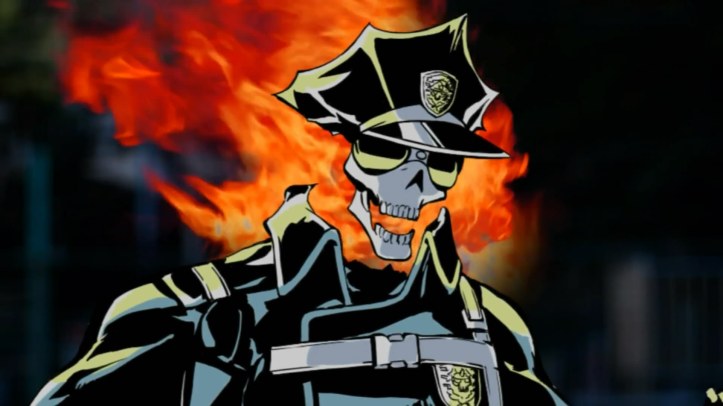 I’m currently editing an article about Gunbuster, the 1988 Gainax classic which manages to tell an amazing (and heart-breaking) story in only six episodes. Gainax has perfected the art of the short series – usually in the form of slapstick, fast-paced OVAs with bright colors and memorable characters. It made me realize that all of my favorite short binge watches are either from Gainax or by production studios ran by former members of Gainax – in particular, Studio Trigger. This list includes my favorite shows and OVAs that only ran for 13 episodes or less (most for only 6). Of course I have to start with my inspiration for this article:

I have watched this 6-episode OVA three times now and it made me cry every damn time. Initially a combined parody of Top Gun and tennis anime Aim for the Ace!, Gunbuster starts as an unconventional sports show with energetic fanservice fodder and ends with a heart-wrenching battle for the fate of the Universe.

As a mecha fan, the only other short series I’ve watched are Gundam OVAs and Mazinkaiser SKL. I loved those but they don’t compare to Gunbuster, which has effective storytelling and the ability to evoke emotions that Go Nagai or Tomino have never made me feel from a short. Hell, even the director of Gunbuster, Hideaki Anno (Neon Genesis Evangelion), hasn’t made a short series that’s moved me since.

What I’m trying to say is: WATCH GUNBUSTER.

Speaking of Hideaki Anno, I ended my recent marathon of Cutie Honey shows with his 3-episode OVA. It is a more-fleshed out version of the 2004 live-action film. While I don’t hold it in as high esteem as Gunbuster (hell, it’s not even my favorite Cutie Honey remake), I highly recommend it for two reasons:

It is also very sparkly, colorful, and gives off a lot of Panty and Stocking with Garterbelt vibes. Also it’s not totally fair to call this an Anno show – while he directed it, each episode has its own director as well, which results in a lot of style and mood changes without feeling too jarring.

Co-produced by Gainax and Production I.G., FLCL is a 6-episode long coming-of-age story based on a short manga series by Hajime Ueda. If you like guitars, The Pillows, and heavy-handed metaphors about puberty, you’ll love this wild mess of a show. It gained a lot of popularity in the United States when it first aired on Adult Swim in 2003. I think I connected to it a lot because I was going through puberty at the same time as the show was airing…and also because of the sweet soundtrack.

I would caution reading the manga – it is more nonsensical than the anime, something that is not helped by Ueda’s cutesy but very chaotic art style. I normally tear through manga but I probably spent more time trying to navigate the 2-volume series than I did watching the 6-episode show!

Also, if you watch it and love it then I have some good news: Adult Swim and Production I.G. have announced that two new seasons are coming soon!

My first suggestion from Studio Trigger, it is also *technically* the longest on the list at 13 episodes – but keep in mind that the episodes average about 7 minutes in length.  The story follows 13-year old Luluco who, after watching her father (kinda?) accidentally kill himself , is forced to replace him as a space police officer. In the process, she falls in love with her very weird (and more competent) partner. It actually feels a lot like a more violent, sci-fi version of Trigger’s popular Little Witch Academia (Midori is basically Sucy if she was a juvenile delinquent).

The highlight of the show is the awesome cast of characters, many of whom (like Luluco) can morph into guns. The whole premise is just so ridiculously bizarre and fantastic, and I found the ending to be very satisfying.

By far the most bizarre series on the list (and that’s saying a lot), Inferno Cop also clocks in at 13 episodes…but the run time is only 3 minutes each. I binge-watched this series in approximately 45 minutes, and every minute was worth it.

Another show by Trigger, Inferno Cop doesn’t look like any of the other shows on this list. My first reaction to the first episode was “Is this an Adult Swim bump?” because it looks just like some bizarre filler AS would put between episodes of Squidbillies. This strange tale is about a cop who looks like Ghost Rider seeking revenge against the evil organization Southern Cross. At one point he fights an evil newborn baby.

What I’m trying to say is: If you don’t want to watch Gunbuster, please at least watch Inferno Cop!