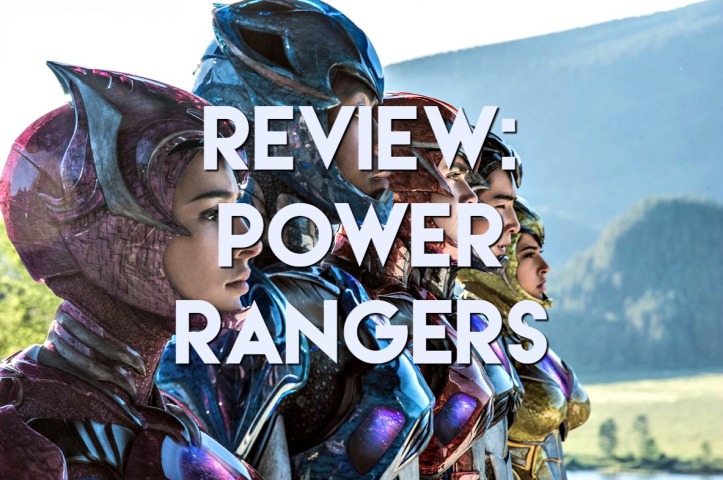 While the designs and CG ranged from lacking to godawful, Power Rangers mostly makes up for it in tone, great cast chemistry, and plenty of nostalgia.

The plot is straightforward for a superhero origin movie: the gang gets their powers, have a training and bonding montage, and then fight their first villain. The most novel part of the plot is that the Rangers can’t morph until three quarters of the way through – which is is weird, because the first half seems rushed and relies too much on chance meetings and people acting out of character (this mainly applies to Trini).

Considering the source material, I think the writers did a decent job updating the origin story. The original Japanese Zyuranger had a rather bizarre dinosaur-clan-frozen-for-millenia origin, while the 90s MMPR series barely tried at all. What the movie does especially well is it’s adaptation of Rita Repulsa’s origin: in making her the Green Ranger and Zordon’s rival, everything becomes a lot more personal.

However, Rita’s well-done origin is what makes the rest of her character so disappointing: Elizabeth Banks certainly portrays a repulsive Rita, but her character and her actions don’t match or meet expectations. Rita is portrayed as ridiculously powerful and capable of murdering the Power Rangers herself. She seems smart but she frequently acts more like a rabid animal crossed with an old homeless woman. Maybe this is because she was underwater for millions of years, but the movie doesn’t try to rationalize it at all. The other major plot issue is the Megazord combo – not only is it ugly (which I’ll cover more later), but the way it is formed is not shown or explained. Everyone in the theater expected the Megazord to form at some point…and it did, just eventually appear, I guess. It was rather anti-climactic.

The designs are arguably the worst part of this movie. Alpha 5 is absolutely jarring to look at. Even though Bill Hader makes Alpha less obnoxious than its 90s counterpart, the honestly horrifying design of the robot made it hard to like. Zordon’s design has received a lot of flack, which is mostly but not entirely deserved. It is certainly an improvement on the original design, but it still looks like Bryan Cranston’s face shoved into one of those metal imprint screen toys. I like that he can move around, though. Cranston’s Zordon was also interesting – his petty conflict with Jason was a refreshing angle.

The zords themselves aren’t bad. I’m not fond of the organic-alien-tech aesthetic, but they at least capture the spirit of the old designs. The disjointed and ugly Megazord is much worse in comparison. It looks like the unfortunate lovechild of Pacific Rim’s Jaeger and a Transformer. The suits grew on me, though. I liked that the helmet shield could be opened, though I wish there was more screen time with them closed because they looked way cooler than I expected.

The worst design of all was Goldar, who was a good crony in the original. He was a giant angel ape who liked to wear gold. But the movie makes him a voiceless, giant lump of bad CGI liquid gold. There was absolutely nothing redeeming about this interpretation of Goldar, who has no personality, no face, and no point. Also, where is Rita’s Zord? Why is she just standing there, laughing and eating doughnuts? It takes her way too long to really get into the final fight.

What does this movie do well? Character development, for one. Each Ranger has a solid personality. They are true “teenagers with attitude,” all of them having their troubles and quirks that make them look more like the cast of The Breakfast Club than the wholesome 90s kids of MMPR. But they aren’t whiny kids at all; the things that they are upset about are very understandable and there’s not much melodrama. Probably the least developed are Trini (Becky G.) and Zack (Ludi Lin), which is a shame because they were great. Zack was especially a fun and complex character, as a delinquent who fancies himself a wild and crazy guy but who spends his evenings in the trailer park playing chess with his seriously ill mother.  Jason is a capable Red – Dacre Montgomery perfectly straddles the line as both a likable and responsible leader. He has his flaws and is ready to admit them; he also isn’t judgmental. He comes across as the “good guy jock” who is actually a very good guy at heart.

Billy (RJ Cyler) is arguably the best-developed character in the cast. He’s a positive portrayal of an autistic teen superhero, something that I didn’t think a Power Rangers film could pull off. There was a lot of publicity about Trini being LGBT, but honestly the film barely touches on it. She’s still a strong character and it is obvious that she struggles with society’s labels and her family’s expectations of her. I just wish they were developed more. Meanwhile, Billy was given an amazingly strong backstory and personality, and his autism is shown as an important facet of him both as a person and as a Ranger. He’s also a smart, fun, kind, and strong dude. In general, the movie does well with representation; I’ve never seen an Asian-American hero portrayed in a film the way that Zack is, by which I mean Zack is a great example of a non-stereotyped, strong, complex, fun and attractive Asian hero.

The movie’s tone was one of its most surprising assets. The designs and the trailers featuring teen angst made me fear that this was going to be yet another gritty reboot. Instead, PR is well aware of its silliness and plays it off well. It successfully appeased my nostalgia needs with cute little cameos and references – including some silly references from the TV show that I didn’t expect them to use.

There is also at least one heartfelt reference that I didn’t realize until well after the movie was over. In one scene, Trini is wearing a shirt that says 1973. The original Trini, Thuy Trang, who died in a car accident in 2001, was born in 1973. I thought that was a sweet, albeit obscure homage. I also loved Trini’s joke at the end of the film about whether the Yellow Ranger is a man or a woman – a reference to Zyuranger, in which Yellow was a man (which was changed in MMPR so that there could be two girls in the cast).

One of the best nostalgic references were in the soundtrack – some very old school theme songs and tracks from the 90s film are included. There’s also several interesting covers of classic songs, including “Ring of Fire” and “Lean on Me” that are pleasantly recognizable while also suitable to the mood.

The humor in this film was surprisingly adult – I somehow missed that this film was rated PG-13, but I figured it out pretty quickly after the “milking the bull” joke. Kimberly’s backstory is especially dark and makes her come across as a pretty awful and catty person. Fortunately, she realizes this well before the beginning of the movie, and she continues to grow throughout the film.

If you go into this movie expecting a masterpiece, then you’re bound to be disappointed. The source material is silly – it’s a kid’s show from the 90s! But if you’re expecting a fun diversion and a balance between improved new character personalities and good ol’ 90s nostalgia, I bet you’ll love it.